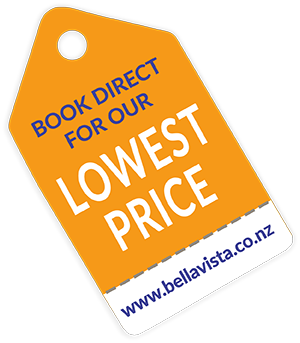 Check-in on our New Zealand travel blog for latest news, events and updates - along with a splash of personality from the whole team at Bella Vista!

From surf beaches, to hip cafes, hidden street art and charming wildlife, the southern city of Dunedin, boasts plenty of beautiful attractions for its compact size. Even so, you could miss the top spots, so here’s an essential guide to the best things to do in Dunedin, whether you’re staying a night or a week.

Wander down hidden city lanes and around street corners and discover a 30-strong collection of stunning painted walls by New Zealand and international artists. Pick up an Art Trail map from the local Dunedin i-Site Visitor Centre and take this self-guided 90-minute walk. Along the way, explore the city’s interesting southern fringe with its character architecture, boutiques and the historic Dunedin Railway Station, once New Zealand’s grandest and busiest station. This is now the departure point for the spectacular Taieri Gorge Railway journey, regarded as the world’s best slow train trip.

Ask any local this question, and they’ll point you in the direction of St Clair Beach, a perfect spot to visit on a sunny day and one of the best sea-side walks in Dunedin. Stroll along the dunes bordering the beach, watch surfers catch a wave or hang out at one of the cafes or bars on the popular Esplanade. Continue walking to the less populated St Kilda Beach, where you might spot playful sea lions frolicking in the sand. If keen on swimming, Brighton Beach is your best bet, just 20 minutes out of Dunedin.

Take a drive up to Mount Cargill, one of the highest lookout points over the city. You’ll be rewarded with sweeping views of the city, harbour and Otago Peninsula. There’s a couple of short walking tracks including the Organ Pipes from the summit, surely one of the most unusual walks in Dunedin. The 30-minute track steps up fallen columns of rock towards a level platform, providing views of the Organ Pipes or basalt columns caused by the volcanic formation of the Otago Peninsula millions of years ago. Drive through charming Port Chalmers and pop into the Union Co Café for a locally roasted espresso and fresh baked goods from smoked fish pies to chocolate chunk cookies. There might be no better beef rendang pie in all of Aotearoa, New Zealand!

Nearby the Dunedin Botanic Garden sits Baldwin Street, officially the steepest street in the world, unless you believe the Welsh who vigorously dispute the claim. Once upon a time, Baldwin Street hosted the annual Jaffa and trolley races. Where one chocolate-centred sweet or crazy trolley driver took out line honours as the fastest down hiller in the land. Plodding your way up suburban Baldwin Street is one of the essential things to do in Dunedin, alongside plenty of puffing visitors determined to make it to the top.

A stroll through the city’s Warehouse District will reveal plenty of great cafes like Heritage Coffee or the Vogel Street Kitchen and the mouth-watering Mama’s Donuts. The burgers at Good Good attract locals from all over Dunedin. Drop into the Duke of Wellington if you relish imported British beers or treat yourself to a tour and craft beer tasting at either Emerson's, a local Dunedin institution or the legendary Speights Brewery. One of the best restaurants in Dunedin in terms of bang for bucks is Plato. Classic New Zealand dining in a waterfront character building with sea views of the Otago Harbour. Savour freshly caught salmon or their signature fish pie, and experience genuine southern hospitality.

For an interesting history lesson, check out the Toit? Otago Settlers Museum, Dunedin to learn about New Zealand’s oldest city. This immersive experience showcases the first people history of founding M?ori and the arrival of Otago settlers from Scotland. Best of all this is a free Dunedin activity with a focus on student learning, so perfectly pitched for families. A visit to the one and only Larnach Castle Dunedin on the Otago Peninsular, will take you back in time to when landed gentry, like politician William Larnach ruled New Zealand. Now privately owned, this Victorian-era castle took sixteen years to build, bankrupting William and costing him his life. Some fear it’s haunted! Today the castle boasts a 3,000 square foot ballroom, which hosts regular high teas, and a pretty tower, providing stunning views of the Peninsula.

Whatever your interests, there’s plenty of fun things to do in Dunedin. Contact the Bella Vista team for maps, tour bookings or information on any Dunedin attractions. We’re only too happy to help.